Lee Won-il
Himself
Do Kyung-wan
Himself

Lee Young-ja
Himself
Lee Seung-chul
Himself

Stars’ Top Recipe at Fun-Staurant A cooking battle between celebrities is held. Based on a theme (usually a type of food), celebrities will develop and reveal their own creative recipes, plus cooking personally. The dishes are then judged by a judge squad, and the winning dish will be available in CU outlets around South Korea the next day after the announcement of the winning dish. In addition, the winning dishes, beginning Round 17, are also available in online markets, in the form of a meal kit.

From the show’s premiere to Round 13, the celebrities’ dishes were judged by a judge squad. The judge squad consisted of chefs Lee Yeon-bok and Lee Won-il, singer Lee Seung-chul and Kim Jung-hoon, the MD of CU. They will judge the dishes based on these categories: Taste, Texture, Originality, and Marketability. Lee Won-il has not appeared after Round 9, possibly due to the effects of the media reports accusing his wife Kim Yoo-jin of bullying behaviour in the past.

From Rounds 14 to 16, the judge squad consists of 20 individuals (5 each from the 10s, the 20s, the 30s-40s and the 50s-60s). The 20 individuals could include idol singers or the sons/daughters of celebrities. The judge squad also include the guest host(s) of the round, chef Lee Yeon-bok, and comedian Heo Kyung-hwan, who joined from Round 16. The judging criteria remains the same. Due to this change, Lee Seung-chul and Kim Jung-hoon have no longer appeared on the show from Round 14. 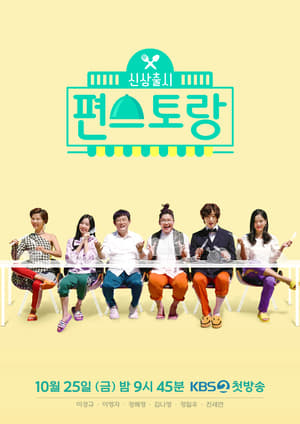 New Journey to the West